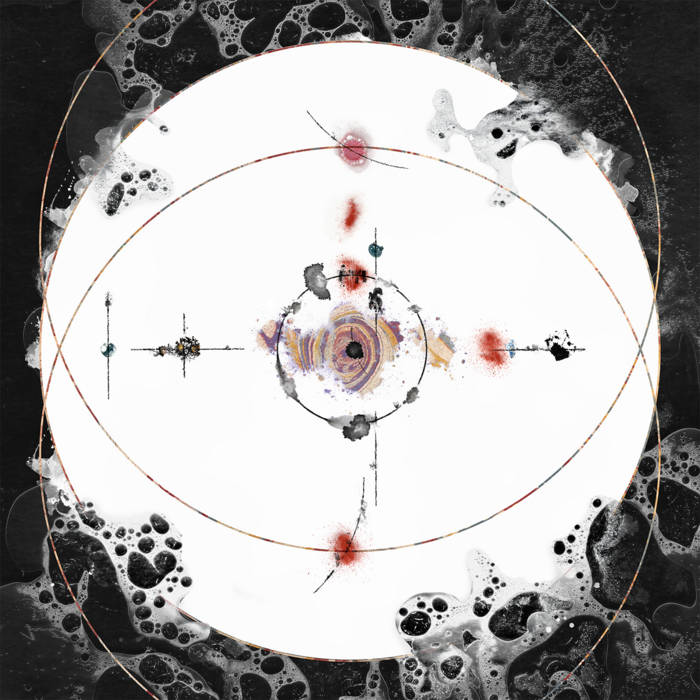 A disquieting record to accompany the nightmare of now. Baldruin documents this darkness, finding some hope in the helplessness. Buried within these grooves, lies a dizzying array of crepuscular sonics. Barely alive, it drips with dread. Rachitic loops return to us, like traumas. A sticky submission. My goodness, these earworms are infectious.

"...the chill this gives off will leave lasting peering over the shoulder nightly terrors long after its departed from your listening space, look upon it as a demonic dream machine and then some."

"...this is distinctly its own beast. This is neither overtly friendly nor pointlessly cryptic. Instead, it feels like the aftermath of a sonic collision. Jagged bits of percussion are strewn beneath children's music-making toys and distant sirens with bizarre synthesizer lines that hold the whole damn thing together in a patchwork fashion. It's anything but linear, yet it's wholly cohesive."

"Like the end of the world being scored by an alienated Boards of Canada, this intricate darkness fascinates and discomforts in equal measures. Strange electronic whooshes embrace each other amidst synth riffs that decimate the fine line between subliminal melodies and discordant abstraction."

"If this world is going to an end – let's dance! Why not? Oh, there is so much fear and dread, and awe, and horror, and hope, and loneliness, and death-death-death is everywhere! But why not to dance? It all begins in light they said. Send your prayers they said. But what's in the end? Baldruin says 'Vom Ende' and then nightmare just begins, spinning its way back to your memory, turning everything upside down, changing the faces and places in the same canvas like in the most disturbing David Lynch movie. Yet, we can dance a bit. Because why not? Okay, despite being groovy and glitchy and gloomily enjoyable this record is not about decadence. It's definitely Baldruin's most creepy work to date, sometimes so disturbing that it gets physical. Something in the stomach. So you better move your body, because these aural rats are everywhere, their skins are soft and warm but they are red inside and they want you be same way... It feels like everything collapsing, yet there is something hidden in the sound which gives you strength to look, to face this storm. Apocalyptic, yes – this records definitely has its own transcendental virtue usually avoided by many. If it's usually calming escapism or filth and decadence in case of 'apocalyptic music', Baldruin paves his own way far away from both. I'd call it necessary vision. To look at thing as they are. As you just came out of wilderness and faced human world for the very first time. Not knowing what's good and what's bad. Not knowing where to go, because your wilderness is gone. And everything else is going to end as well... And it isn't dark at all. It's just how it is right here, right now, when you go by the streets – just one step away from the usual safe road. It may be literal, but can be in your mind. Just one, just little tiny step. And new wilderness unfolds, The Real of the Now. It barks, it bites, it pleases, it laughs, it fists your guts. But after all we know that we created it. So why not to dance with it? "

microphones in the trees, Nov 2017
calmintrees.blogspot.de/2017/11/baldruin-biotische-verwitterung.html